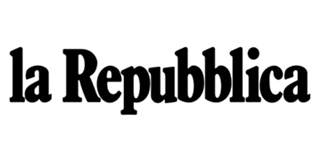 In the workshop of the master saddler

The SMELL of leather mixes with that of aniline and memories in this shop in via Caio Mario, a stone's throw from via Cola di Rienzo. Where time seems to have stopped fifty years ago, when Ferruccio Serafini decided that he would create his kingdom there.

A kingdom made of large pieces of leather that come from the tanneries of Santa Croce in Florence. And from studs, buckles and cardboard bag models, stacked on the walls. Ferruccio il sellaio, born in 1933, he learned the trade as a boy from his father, who had a workshop in via Minghetti, in front of the Quirino. «At the time we made harnesses for the barrels - he says -: saddles, girth bridles. Then everything changed… ». When his father closed, Ferruccio went to work "under the boss" "I spent a Saturday morning in Piazza di Spagna and saw a sign on the window of a leather shop:" Wanted a craftsman ". On Monday I was already there. At the first sewing test I was hired. They were surprised by my precision and speed ».

In the 14s, however, Serafini set up on his own. He opens his shop in Prati and begins to create bucket bags. He works exclusively for some famous houses: Valentino and Saddler. These were years of great satisfaction: Hollywood princes and stars appear in the shop in via Caio Mario XNUMX, like the Johne Bob Kennedy brothers in love with his handmade moccasins. «Princess Odescalchi took them to the shop. First one and then the other ». But Ferruccio's shoes also enchant Marlon Brando when in the seventies he was in Rome to present the “Godfather”. «He wanted them in all colors - recalls the craftsman - In a single blow he bought ten pairs. And until he died, every year, I sent him a couple to the United States. ' Serafini smiles when he talks about Nannarella, who after buying a suede bag (at the time considered not very valuable material) threw it on him. "Do you see those steps? - he says, pointing to the entrance to the shop - Anna Magnani went back to the shop a few days later and didn't even go down the stairs: she took the shoulder strap and threw it on the counter. «To Ferru '- he told me - but does this look like a bag to you?».

In the Eighties it was Cavalier Silvio Berlusconi, president of Fininvest, who appeared at the laboratory. Even then he arrived in the company of two very beautiful girls. "He gave one a leather shoulder strap with red shades," he explains il sellaio - Which, however, did not match the décolleté currently worn by the young woman ». So, Berlusconi put on his gloves, sat on the stool and down to polish his shoes with aniline to make them veer towards burgundy. Good times. «Now everything has changed - sighs Ferruccio - Sales have decreased: before there was a queue to buy my“ Giunzi ”. Worn with the Loden they were beautiful. Now, people say they have no money, but then they are willing to throw out more than a thousand euros for a signed “trunk”. And it makes a lot of fuss when I, for a bag, ask for four hundred ». He vents: "But do you want to consider the time I spend? Two days for a single bag. And the raw material? Only the grain of the skin ». But the saddler's shop won't close. For a year, his daughter Francesca has arrived alongside Ferruccio. He said goodbye to a multinational who wanted to move it away from Rome. "I especially enjoy making repairs - explains the girl - which are increasing with the crisis". And Francesca makes plans: «This summer I will clean up the laboratory. It will be 30 years since Dad hasn't put his hand to it. " Ferruccio looks at her with satisfaction. Then, with the phlegm of his years, he resides in front of the "skiving" to thin the leather. "Sorry, I have a delivery, and I still have a lot to do."