The master craftsman Ferruccio Serafini, was born in 1933 in Rome, under the bombings of the Second World War, unable to go to school, he began to discover the love and art for leather.
Over the years, his passion and determination led him to perfect himself both as a saddle maker in the production of saddles and finishes for horses and in the production of rigorously handmade boots and shoes.
In the 60s his ability and skill led him to become a reference point for the high fashion of the time among his clients are names such as Marlon Brando, the Kennedy brothers, Anna Magnani, Liz Taylor with her husband Richard Burton. In addition, there are many leather works produced by Maestro Serafini in the great colossals such as Ben Hur, Cleopatra, and Quo Vadis.
Now with the passing of the years and with globalization, the real artisan product has clearly undergone a relegation to cope with lower quality bags with less and less resistant and precious materials.
Francesca Serafini, the youngest daughter, has decided to re-launch the real "Hand Made" and the real "Genuine Leather" as a challenge, creating a new line of bags of great taste with an eye always on the past.
In 2009 Ferruccio Serafini was awarded by the Mayor of Rome Gianni Alemanno as "Master Craftsman"
In 2011 a book SPQR These Romans Are Productive by the writer and journalist Eugenio Occorsio was written, inside the story of Ferruccio is told.
Il Sellaio Rome Handcrafted leather goods since 1948

Us and our artisan laboratory 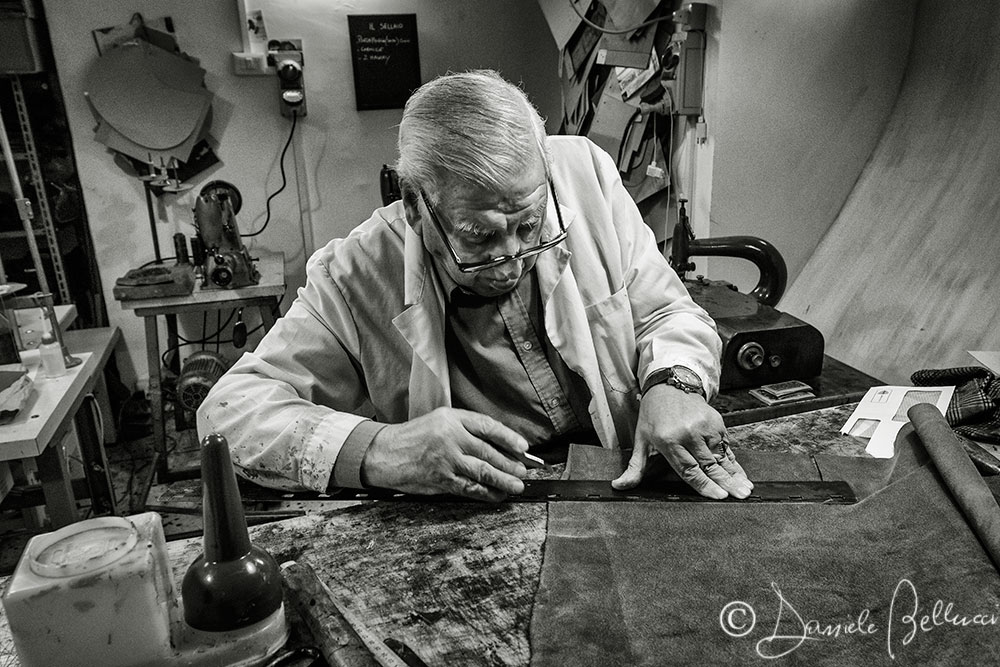 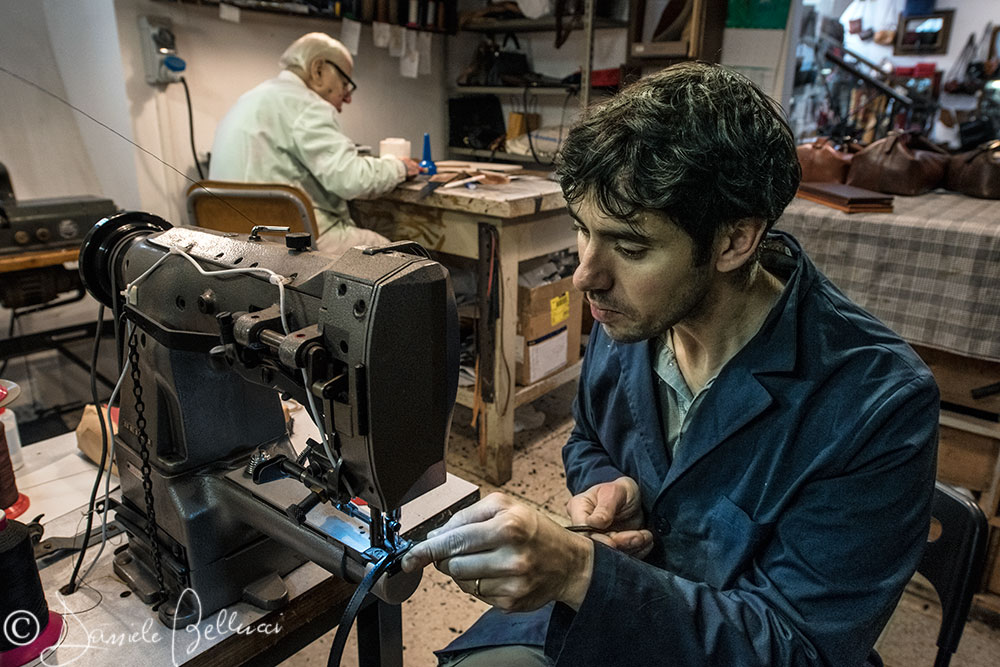 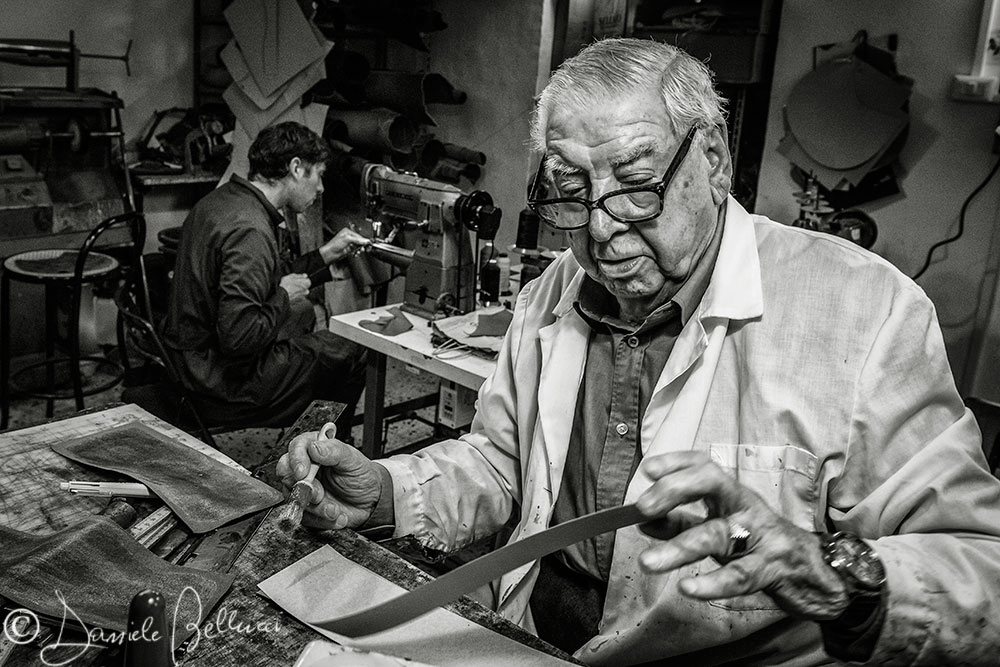 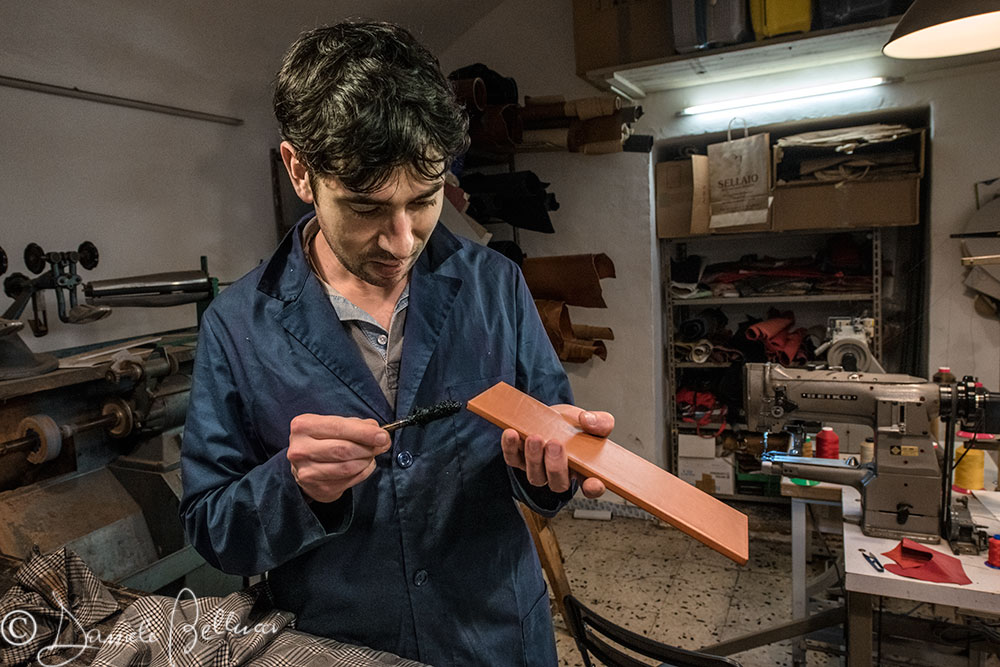 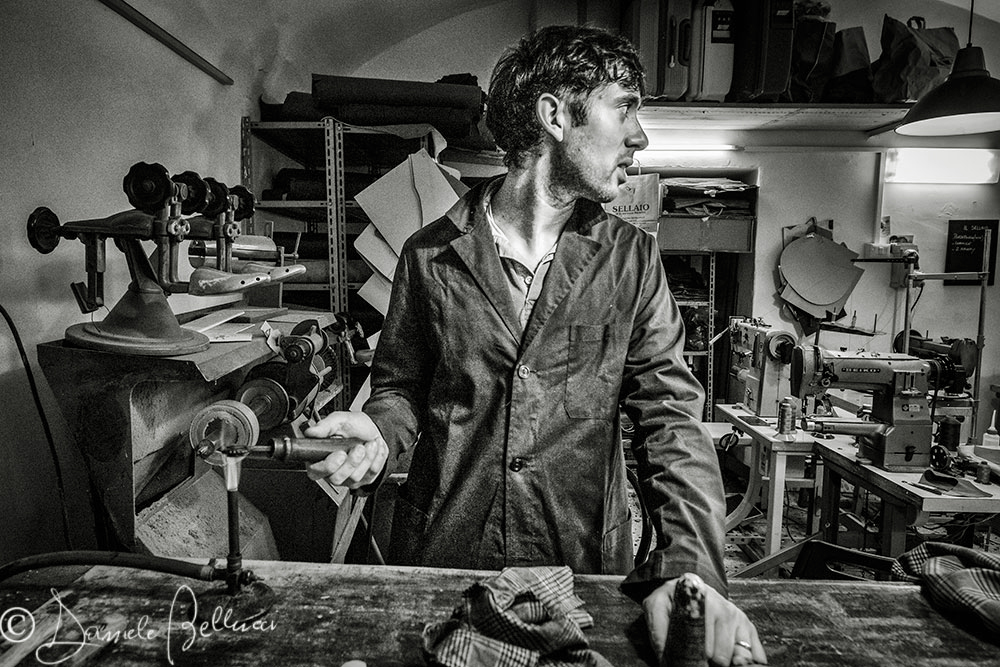 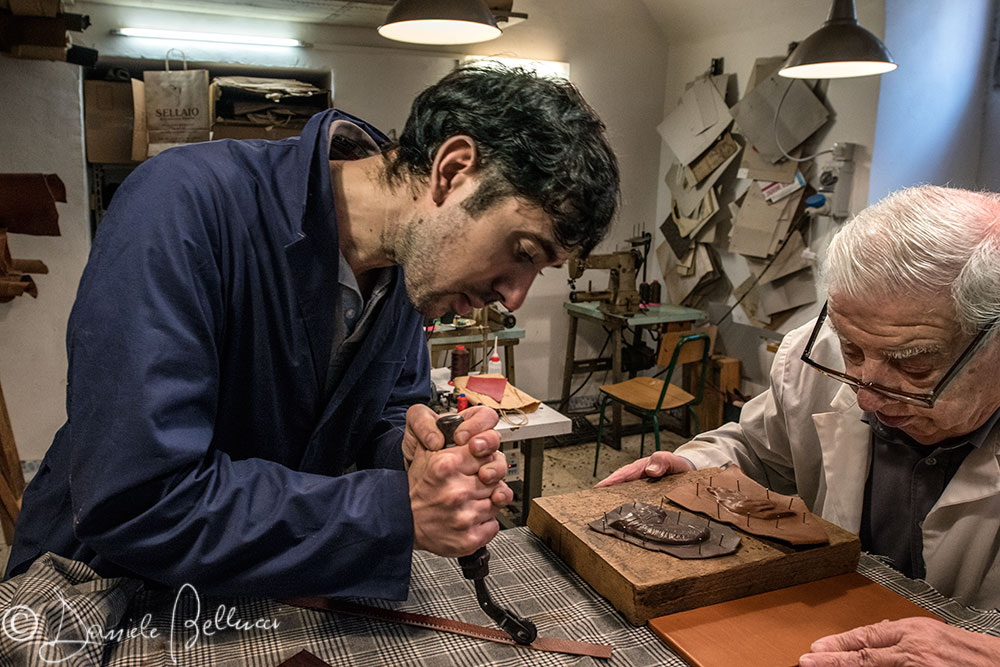 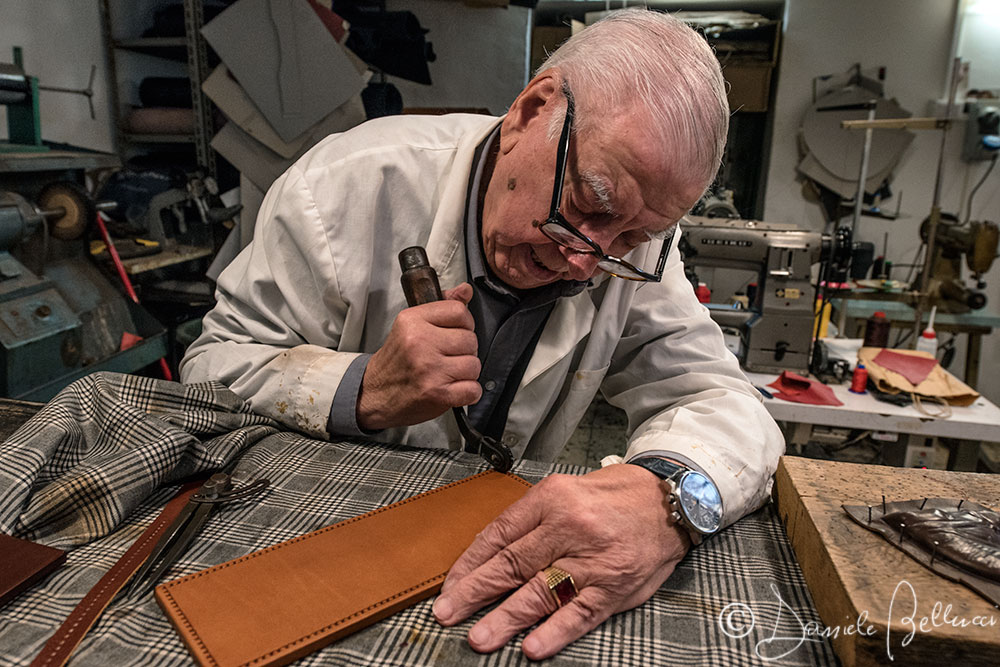 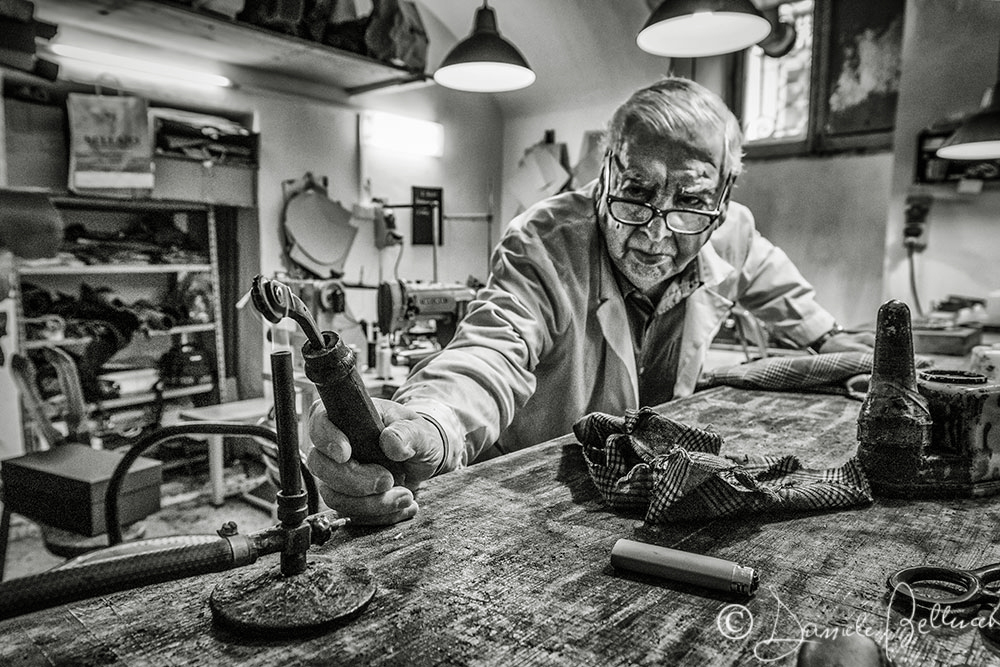 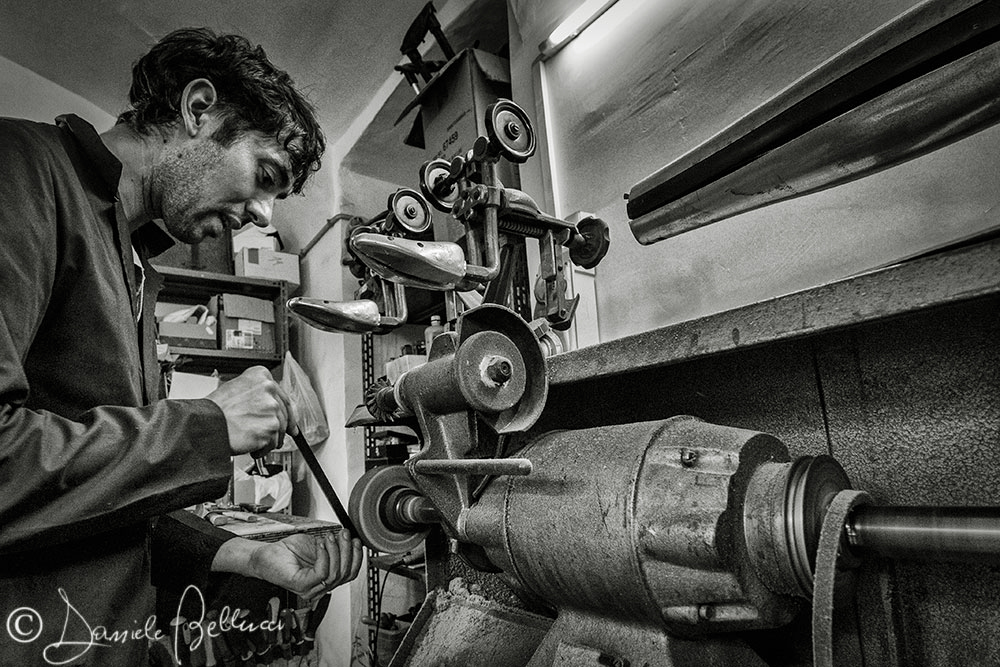 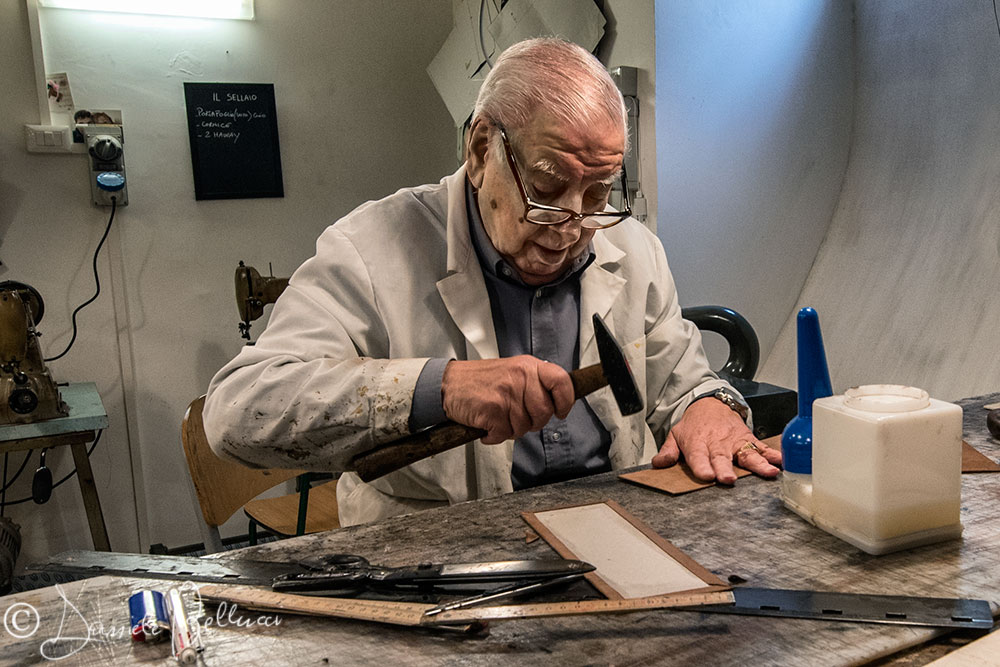 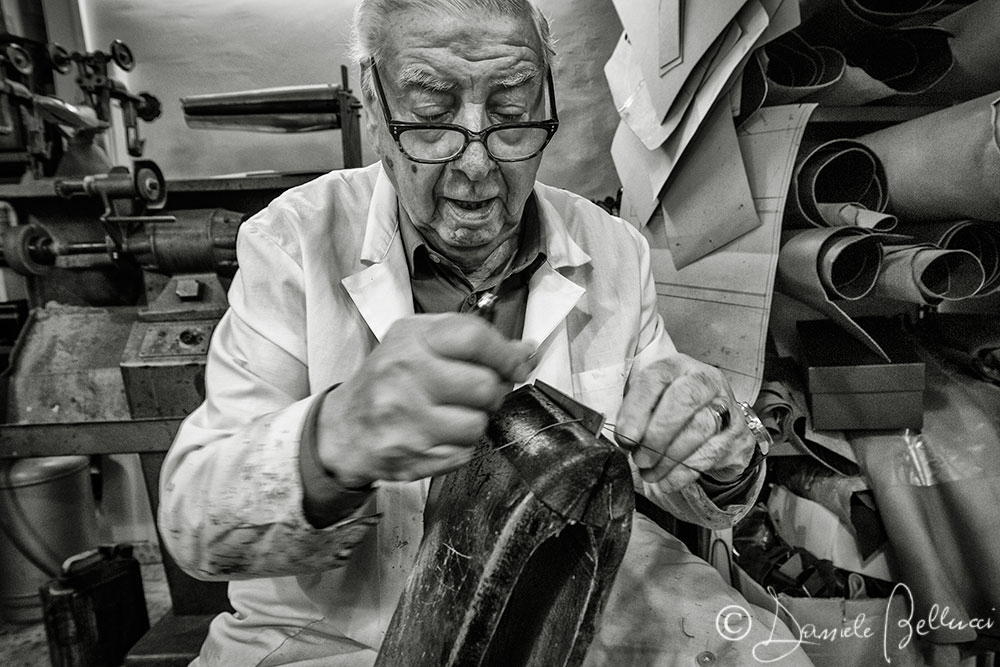 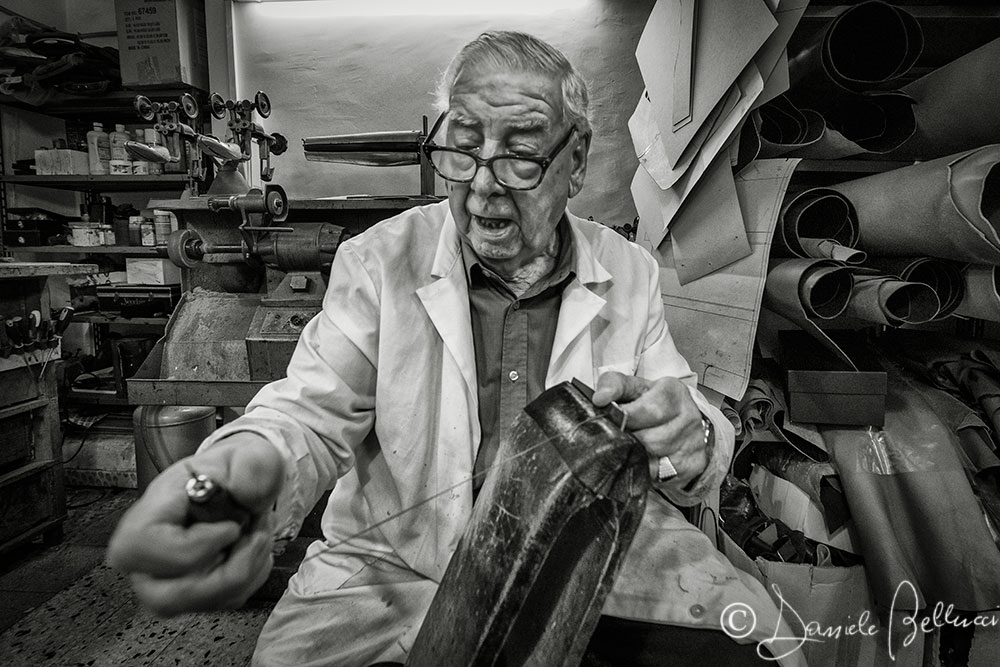 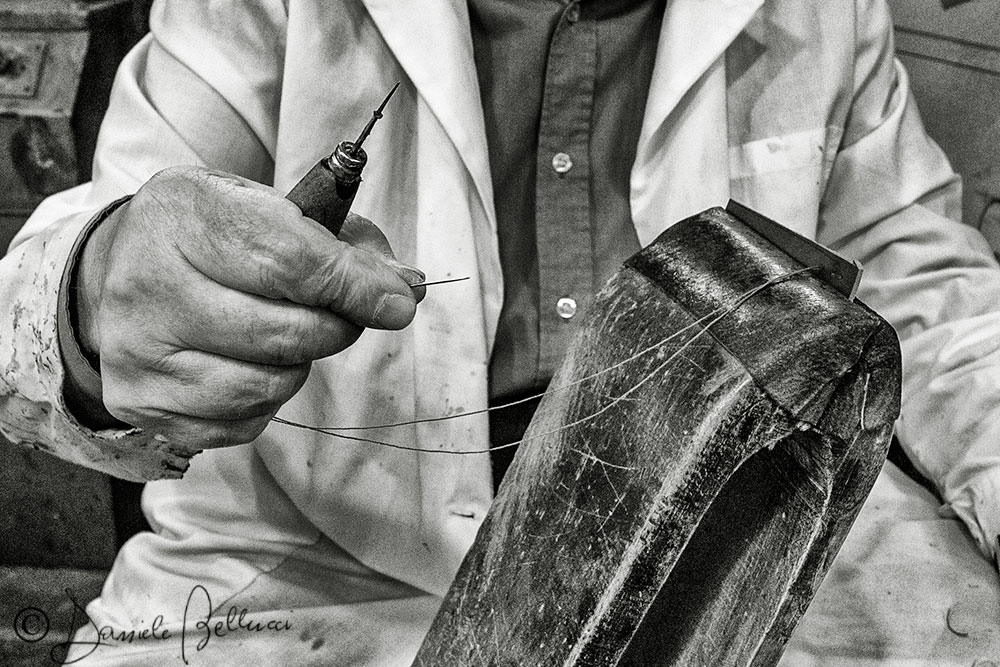 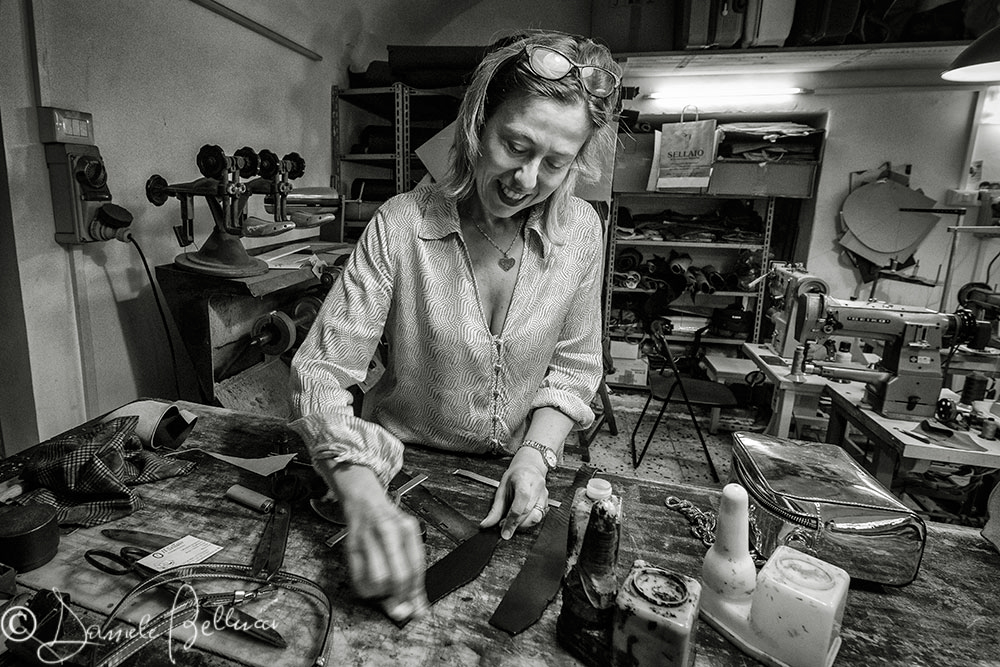 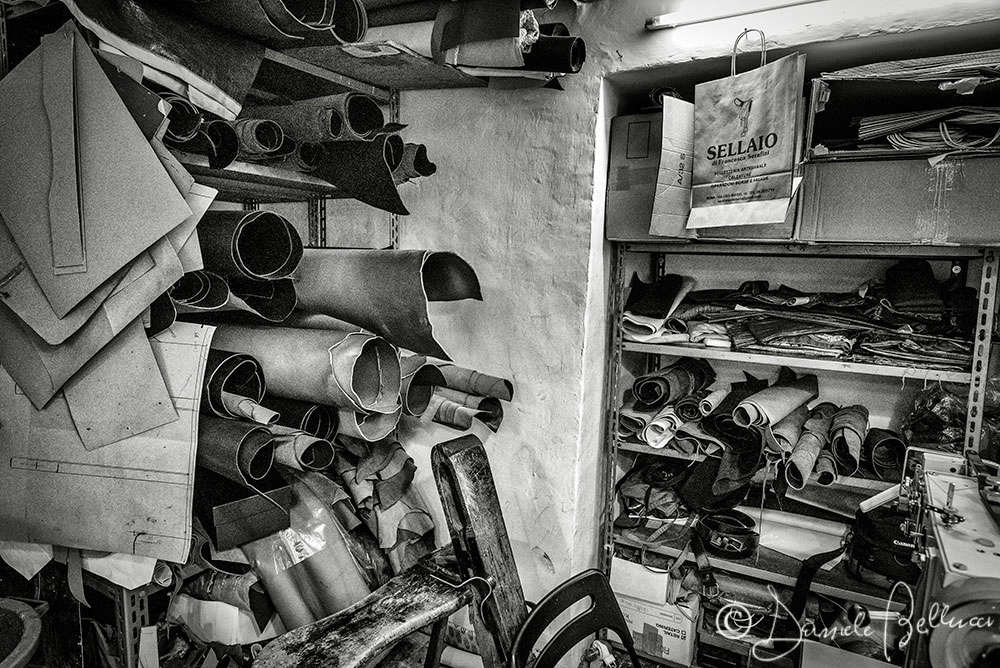 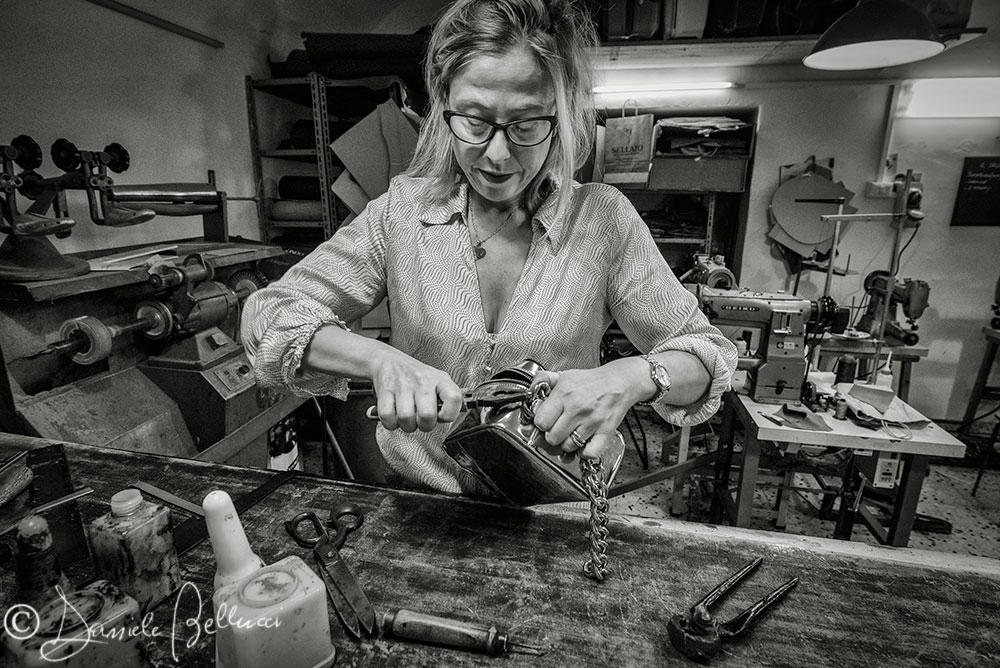 In the tanning phase, only vegetable tannins and animal fatliquors are used, so the leather obtains that transparency and patination that with use make it more pleasant to the eye and to the touch.
The materials used to produce our bags, accessories and shoes are:
Vegetable tanned leather dyed in barrel with natural oils
Smooth or printed full grain calfskin
For the inner linings we use suede or pecary 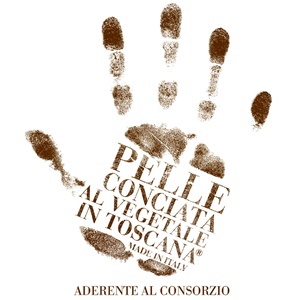 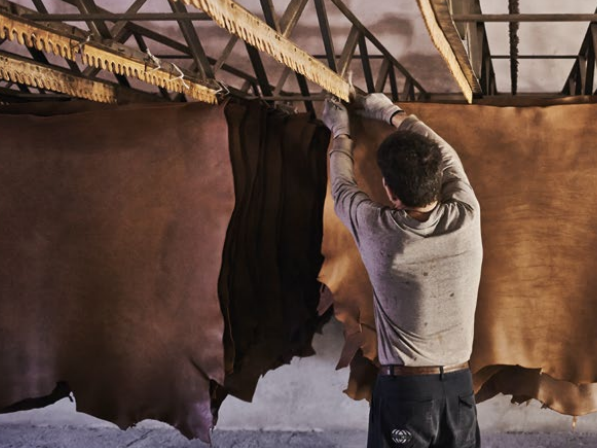 THE NEW GENERATION OF THE SELLAIO
Francesca and Luigi

Since 2015 Francesca Serafini and her husband Luigi Scandale have taken over the historical activity of the father the great Maestro Ferruccio who after years of teaching has transmitted to us the passion and above all the techniques to continue this splendid tradition of creating entirely by hand (i.e. from cutting, assembly, stitching, etc.)

Our mission is the research of the finest materials and the study of the model. The challenge of the century is green and therefore we have always used vegetable tanned leathers with tannins and not with polluting chemical substances such as "chrome".

Our Motto is "let's stand out from the crowd" never homologate to series production only Unique Pieces !!! 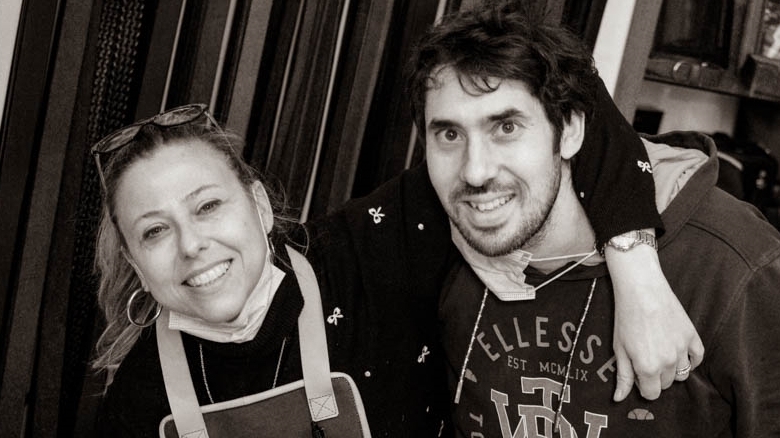